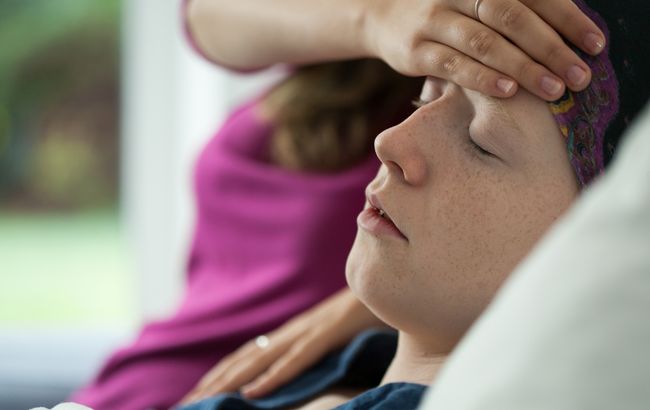 When blood cells turn abnormal or malignant, the condition is referred to as blood cancer. The bone marrow, where blood cells are made, is the most common site of origin for most of these cancers. Leukemia, lymphoma, and multiple myeloma are the three main types of blood cancer.

Most blood cancers do not form solid lumps, unlike most other cancers (tumors). The symptoms of blood cancer are also non-specific and resemble the symptoms of other diseases, making them difficult to distinguish from other illnesses.

Having an abnormally low or high number of blood components can have a negative impact on the functioning of other organs in the body.

Depending on the type of blood cancer, patients may experience a wide range of symptoms. In some cases, symptoms may be difficult to distinguish from those of other conditions, such as the flu, because they are so similar. However, the following are the most common signs and symptoms:

When to see a doctor

If you experience any of the symptoms listed above, especially if they occur frequently or do not improve, you should see a doctor. An examination by a physician is performed in an effort to detect disease early and treat it effectively.

A hematologist (blood doctor) is expected to remain involved in the care of patients with blood cancer, whether they are currently undergoing treatment or have finished it. This is meant to keep an eye on the disease's progress, so that it can be spotted early if it reappears.

There is a link between smoking and the development of blood cancers. Consult your doctor right away if you're trying to quit smoking but finding it difficult.

Blood cancer can also be caused by exposure to nuclear radiation and chemicals in the workplace. Regular medical exams for employees are mandated by company policy. Each and every employee must adhere to this.

When the body's own white blood cells undergo genetic mutations, the result is leukemia. Cells become abnormal and uncontrollably grow as a result of these alterations. Cancer-infected blood cells lack the ability to clot blood and fight infection, unlike normal blood cells.

Blood cancer can be divided into three categories based on the type of blood cell and the location of the cancer.

Deficiencies in bone marrow cell development are the primary cause of leukemia. Instead of aiding the body's ability to fight infection, leukemia cells remain in the body and suppress the growth of other blood cells.

Leukemia cells enter the bloodstream and spread to other organs of the body when their number rises. Th

In order to fight infection and eliminate metabolic waste products, lymphocytes, which are white blood cells, are targeted by lymphomas. There are lymphocytes in the lymph nodes, thymus gland, spleen, and almost every part of the body, including the bone marrow.

Myeloma attacks plasmocytes, which are the white blood cells that produce antibodies to fight infection. The patient is more vulnerable to infection when antibody production is disrupted.

When abnormal plasma cells first appear in the bone marrow and quickly multiply, it is known as multiple myeloma. In addition to producing antibodies that harm organs like the bones and kidneys, these abnormal cells continue to proliferate in the body.

However, there are several factors that can increase a person's risk of developing blood cancer that are not yet known. These include:

Following a thorough medical history and physical examination, the doctor will look for symptoms of blood cancer, such as pale skin caused by anemia and swelling in the lymph nodes, liver, or spleen.

In order to diagnose blood cancer, the doctor will conduct the following tests:

Serum protein electrophoresis and immunofixation as well as a complete blood count will be performed by the doctor in order to detect multiple myeloma and the aggressiveness of cancer cells. Blood tests for kidney function, calcium levels, and uric acid levels are also done in patients with multiple myeloma.

aspiration An aspiration of bone marrow is done using a needle to extract a small amount of tissue from the patient's bone marrow. In order to identify the specific type of blood cancer attacking the patient, a sample of the tissue will be examined in a lab.

A biopsy is done by removing a small amount of tissue from a swollen lymph node for microscopic examination.

After a blood cancer diagnosis has been confirmed, the doctor will sit down with the patient and go over the next steps in the treatment process. The type of cancer, age, and overall health of the patient all influence the treatment options available.

Cancer If left untreated, blood cancer can lead to a variety of life-threatening issues. Some of the issues that arise are as follows:

Blood cancer can't be prevented. although the risk of developing this disease can be minimized through: